Konnichiwa Kazoku,Well, I am sure happy you had a good time in the most beautiful partof the world. I miss the cabin dearly! I am just waiting for nextyear! Let's start the count down! :)We went to the Hiroshima Castle this last week on Monday. It was cool.They had some cool samurai artifacts and we went all the way to thetop and it just overlooks the city. It's pretty. Then we met this guyfrom New Zealand later that night who is also a Christian missionary.He doesn't claim a church he just teaches people doctrine straightfrom the Bible and while we talked to him we really felt the spirit.We felt like what he was doing was a good thing. He truly just wantsto follow Christ. He was really fun to meet. It is good to know thereare others in the world who want to share about Christ. Then we met aguy from Virginia and he was nice and we were able to go back and givehim a Book of Mormon on Wednesday. He wasn't interested in the lessonsso much, also we didn't know how to talk to someone about it inEnglish as smoothly either so it might not have been a fair chance,but he said he would read it. We told him we can't convince him of thetruth but he has to read for himself to know and he took thechallenge. It was pretty neat. 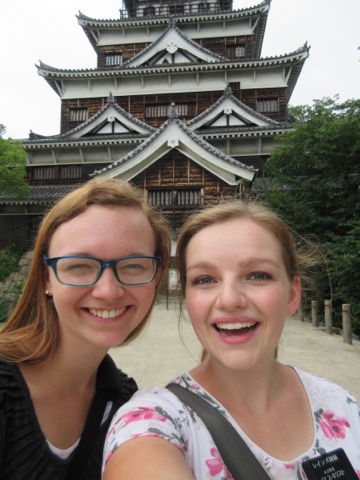 This week we did something so fun and dumb. I took off my rain coatand we just biked up this mountain in the rain and then we just likeplayed in it and I laid down on the hill and it was steep so the waterwas just flowed down and it felt like there was just no one in theworld to stop us! It was so fun. We were soaked but we just went homefor dinner after and it was okay. But the rain just cooled us down alittle and it was just fun. Sometimes in life you have to make thingsthat can be hard to be fun. Take a break every once in a while! Godloves us so much! That's why he gives us the rain. We can either thinkthings are terrible and hard or we can learn to love it! I feel likethat's just something I was reminded of this week. Take time to dosomething fun every day! Not extravagant or bank exploding, butsomething simple! Take time to enjoy the blessings we already have! 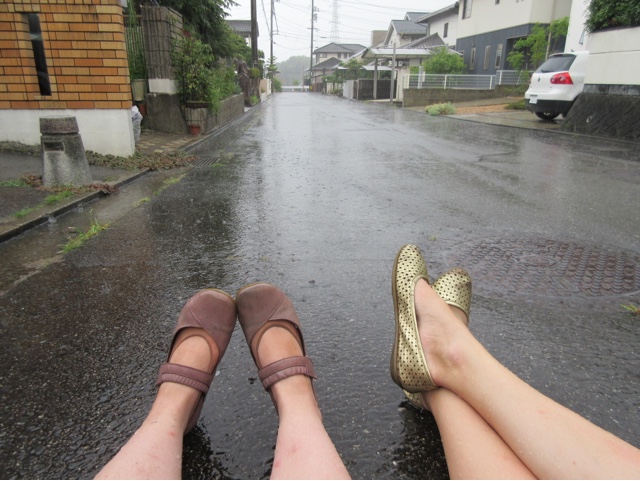 We were able to meet with our investigator this week again and shetold us about her worries and things and really opened up to us. Itmight be slower from here on but she was really willing to talk to usand we had been praying so hard for her. She seemed more real with usthis time and it really relieved some worries we had as well. We knowGod is directing this work and is watching out for us and ourinvestigators and even the members. There is a member in our ward whohas been helping us kind of from the sidelines with this particularsituation and she has just been so faithful and amazing, every timeshe bares testimony in church or in lessons it is so powerful andstrong and heartfelt and I think part of it is that she doesn't usebig fancy words or experiences, she just simply knows this is true andwants others to know it as well. I love these members and Japanesepeople!We had a really good Zone Conference this week. President Egan andSister Egan and the Assistants came as usual but it was justparticularly great. They talked about enduring to the end and enduringwell and I just found it so fitting. President Egan showed a clip froma BYU speech I can't remember the guy but he talks about running likea donkey verses running like a horse. He said how donkeys need to restand take breaks and won't work even a little until that's done. Thenhe talks about horses and how they are so loyal and will run untilthey just drop over or die. Kind of a dramatic metaphor but it justreally is so true. There is no time to stop now and we can only lookforward and keep pressing forward. There is only the future ahead andthe Lord is aware of how we are trying.We went and taught our other investigators to come to sacrament. Theycome to church without fail every week and always show up right afterthe sacrament. We were bold with them and told them they need to becoming for the sacrament for church to mean more. And they came! Thatwas a really cool miracle as well! Their hearts are being softened. 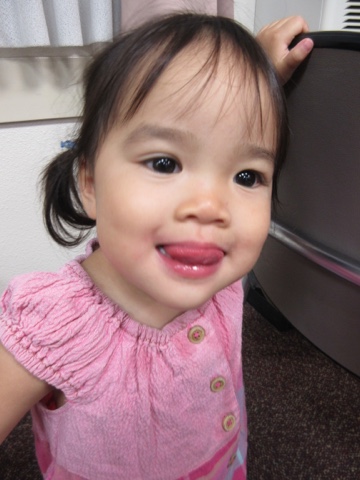 Literally one of the cutest humans ever to roam the earth. But for real! Why can't I hold children???
I love you all so much! You are such good examples to me. I alwaysthink of you when the days get long and I always have enough to keepgoing. Let the Lord change you! Change is the best thing for us.I love you!Love, Raines Shimai
Posted by Tabby Grey at 6:46 AM

Sister Raines can only email family, so, write her a letter!